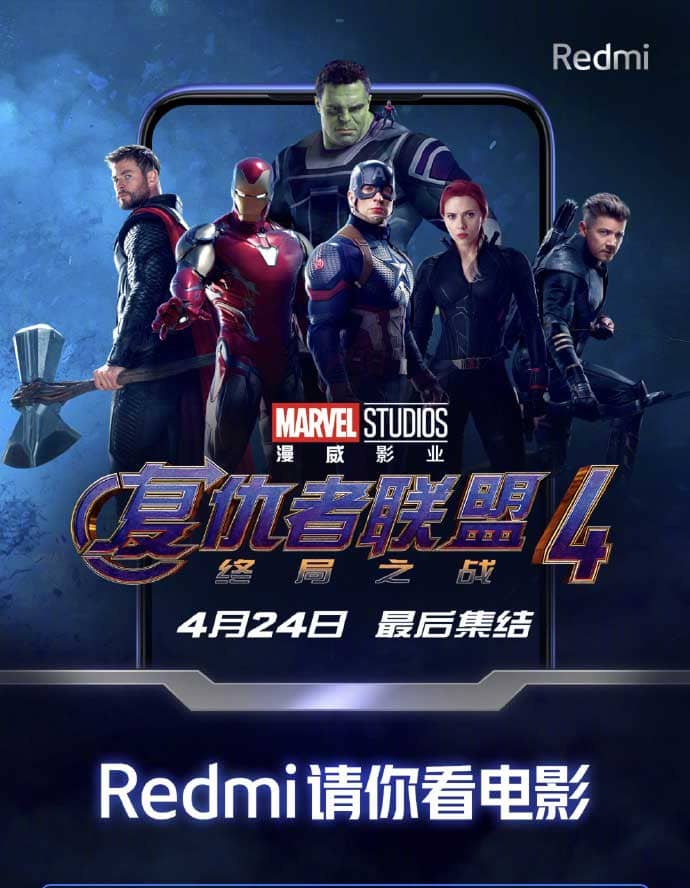 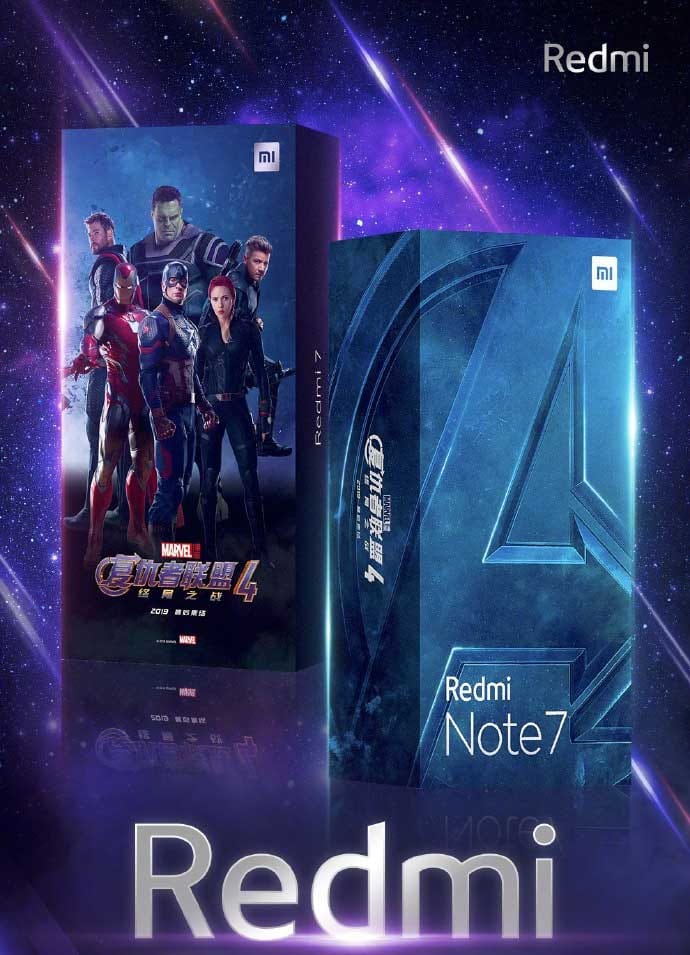 Earlier, OnePlus had partnered with the Marvel cinematic universe last year for the promotion of the Avengers Infinity War movie. That was released last year and as a part of it, OnePlus 6 Avengers edition was released, with a great hit. Redmi note 7 has been officially launched in China with Avengers Endgame edition. Do note that, the Redmi Note 7 Avengers Edition is not available in India. The base variant of the retails in China is for 999 Yuan or Rs 10,100. Just like the Redmi Note 7 Pro.

The Qualcomm Snapdragon 660 AIE SoC powers the smartphone with 3 or 4 GB RAM. It comes with a 64 or 128 GB internal storage. The smartphone has a dual camera set up at the rear with 48 MP primary camera and a 5MP secondary cameras of Samsung ISOCELL lens. Other internal features include 4G VoLTE, Wi-Fi 802.11ac, GPS/ A-GPS, NFC, Bluetooth v5.0, USB Type C, and a 3.5 mm headphone jack. The Sensors on the smartphone includes a Compass/ Magnetometer, Proximity sensor, Accelerometer, Ambient light sensor, and Gyroscope. It would be a better choice to buy this phone on this segment price. 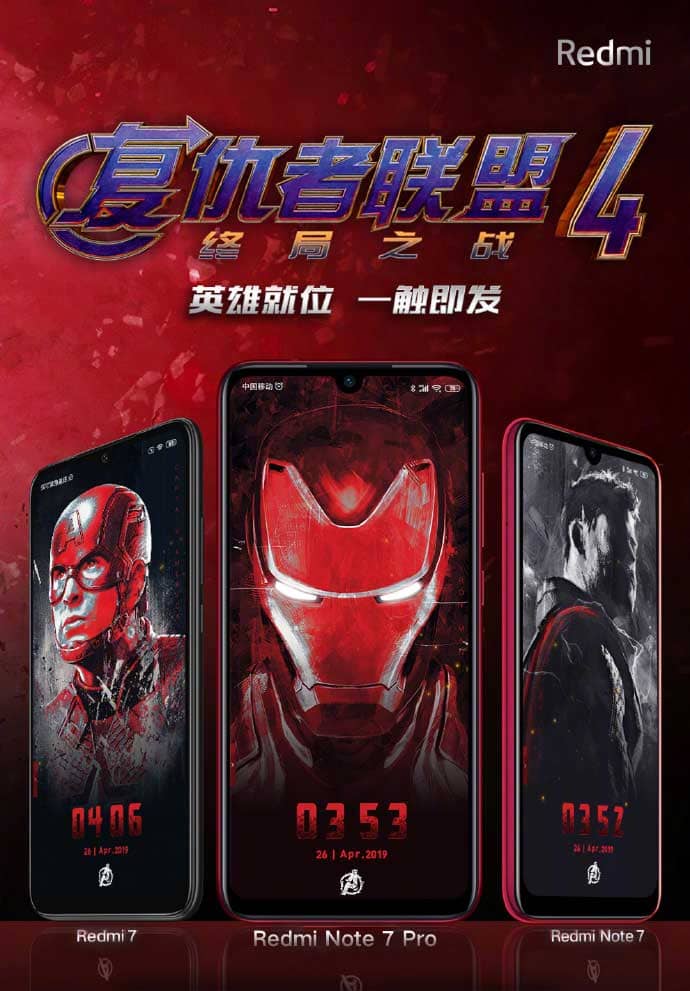 Yes, there is also be a Redmi Note 7 Pro Avengers Edition version which will have a higher screen ratio than the Note 7. And it is most likely to have a Qualcomm Snapdragon 855 chipset. A larger battery for longer battery life. It also said to have NFC which everyone wanted to have in the Note 7 Pro version. And its Redmi’s GM himself Lu Weibing who posted this information. The Redmi teaser shows the pop-up selfie camera on the Redmi Note 7 Pro Avengers Edition. So, this means fewer bezels and more screen.

Redmi Note 7 Pro will have a 6.3-inch FHD+ screen with an aspect ratio of 19.5:9. And it also said to come with Corning Gorilla Glass 5. As said earlier it will have pop-up selfie camera of 13 MP, and a dual 48MP + 5MP rear cameras. Just like the Note 7 Pro ordinary version, it will have AI face unlock and other AI Beautification features. The rest of the features are the same as the Note 7 Avengers Edition.