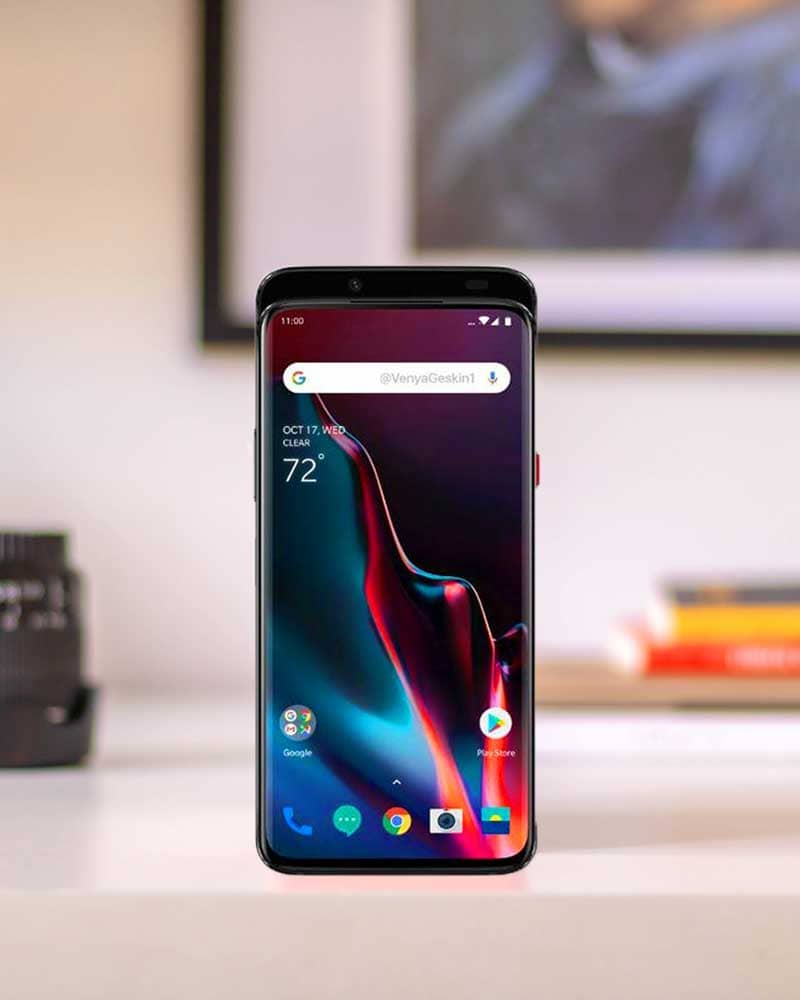 When talking about the specifications, the OnePlus 7 is rumoured to have the same design as OnePlus 6T. It is also rumoured to come up with a waterdrop-style notch. And for OnePlus 7 Pro, as you can see from the renders, will feature a pop-up selfie camera, three rear cameras, and a nearly bezel-less display with curved edges. Last year OnePlus 6 and OnePlus 6T were released with the same Snapdragon 845 chipset. This year both the OnePlus 7 phones are expected to launch with the Snapdragon 855 chipset. Moreover, both the smartphones will be running Android Pie 9.0 Oxygen OS out-of-the-box.

The smartphone is expected to come with a 6.4-inch (1080 x 2340 pixels) flat display accompanied by a waterdrop-style display notch. The presence of a SIM tray at the bottom of the OnePlus 7 was also reported in early renders. The OnePlus 7 will be offered in two RAM variants. One with 6GB+128GB and other with 8GB+256GB. The battery capacity will be of 3,700mAh with 20W fast charging. It is likely to have a dual rear camera setup, with a 48-megapixel primary camera with f/1.7 aperture. Also with a 5-megapixel depth sensor. The phone would also have wireless charging support.

When coming to the details, the OnePlus 7 Pro will sport a 6.7-inch curved Quad HD + (1440 X 3120 pixels) Super AMOLED display with a pop-up front camera. it will be available in three different variants. 6GB+128GB variant, 8GB+256GB variant and 12GB+256GB variant with the onboard storage standard being UFS 3.0 for faster data transfer. It is also rumoured that the phone will feature a 4,000mAh battery supporting Warp Charge 30W fast charging tech. A triple rear camera setup which consists of a 48-megapixel primary camera with f/1.6 aperture and OIS, as well as EIS for stabilization, is also expected. It is also expected to have a display refresh rate of 90Hz and a USB Type-C port. The phone would also have wireless charging support.

Recently, it was spotted on the Bluetooth SIG certification site with model number GM1915. The presence of Bluetooth v5.0 on the new model was highlighted in the online listing. The phone is said to be available in Blue, Grey and Brown variants.

Price details of the upcoming OnePlus series are not yet revealed. The price of OnePlus 7 will be a few bucks more than OnePlus 6T. But, when compared to OnePlus 7, OnePlus 7 Pro is expected to carry a much higher price tag.