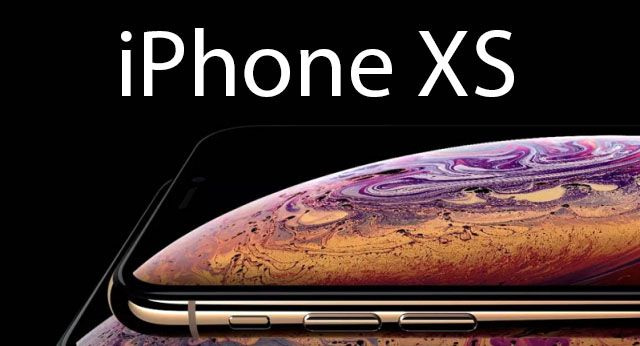 According to the company Apple, iPhone XS will be coming with the OLED screen with 5.8 inches and 6.5 inches variants.resolution of 1125 x 2436 pixels. And the pixel density of 463 Pixel Per Inch. As usual with a  glass cover at the back and Stainless Steel body at the sides. The phone will be powered by Apple’s in-house A12 chipset. A smaller 7nm design chipset than the A11 but, 70% faster and multithreading processing.Apple GPU (three-core graphics). The Phone is clubbed with 4GB of RAM with different storage capacities. That is either of 64GB or 256GB or 512GB of storage options.

Like the flagship, the phone will feature dual cameras at the rear with a TrueDepth, and low light feature and a front facing camera with face ID. The dual lens will be of a 12MP lens in which one will be of telephoto lens and the other with a normal lens. The pricing will be of around 899$ for a 5.8-inch model and 999$ for 6.5-inch model. The phone will be soon available in 3 major color variants that are Space Gray, Silver, and Gold color.

Last day iPhone XS retail box with all the major content included was leaked ahead of the Gather round event which was planned to be held on 12th September. A 64GB iPhone XS includes Earpods with lighting connector, Lightning to USB cable, and USB adapter. The device support CDMA, GSM, UMTS, And LTE cellular technologies. Wifi, Bluetooth, NFC, GPS. And few instructions about the phone.

If we are looking deep inside the phone, we can probably assume the specification from the earlier one. Like its waterproof, dustproof. Talking about the battery, it contains a Li-on Battery with a capacity of 2,716 mAh and definitely a fast charging.