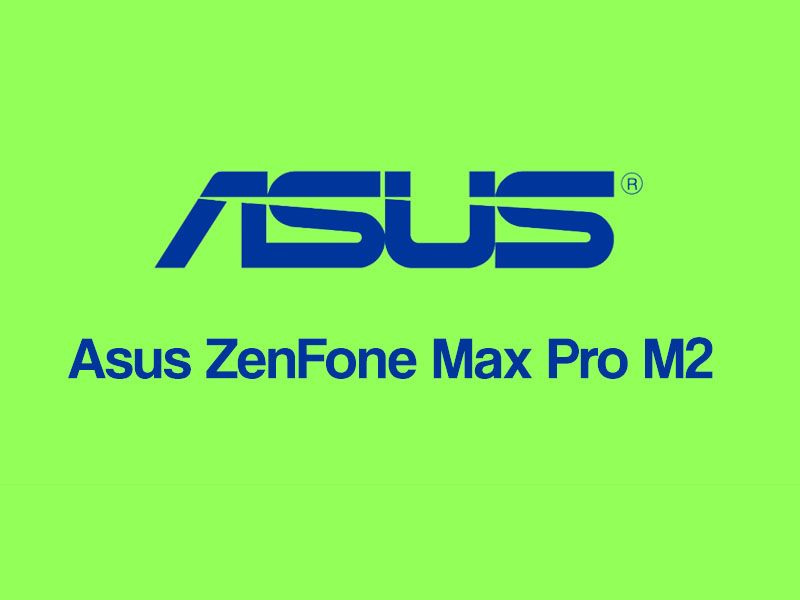 A few months back in April, Asus has launched their ZenFone Max Pro M1 smartphone. Which is still in the markets with a great demand. And was one of the best budget smartphone released this year so far. And before its fall, Asus is all set to launch their next successor Asus ZenFone Max Pro M2. It is sure that the phone will be launching on December 11th, as per the reports and announcements. The launch event would take place in Indonesia on the reported date. The renders were leaked on some major websites and the front side of the smartphone is shown. Moreover, Asus ZenFone Max Pro M2 comes with major updates from the earlier model Asus ZenFone Max model. It comes with a notch.

Asus ZenFone Max Pro M2 features a large 6 (15.24 cm) inches full HD plus LCD display. Pixel Per Inch of 403 PPI. Display resolution of 1080 pixels by 2280 pixels. It comes with a big Notch above like the flagship members. The fingerprint sensors come on the rear end of the smartphone. The smartphone comes with the Qualcomm Snapdragon 660 chipset coupled with Adreno 512GPU graphics.

Comes with a memory capacity of 4GB or 6GB of RAM. Driven by Android Oreo 8.1 operating system out of the box. Which promises to have future Android updates. Tripple camera set up at the rear. And there is a 13 MP camera set up at the front for selfies with AI-powered.

The storage capacity is of 32GB or 64GB of internal memory and that can be expandable up to 256GB using external microSD card. Other internal features include 4G LTE, Wi-Fi 802.11ac, GPS/ A-GPS, Bluetooth v5.0, USB Type B, and a 3.5 mm headphone jack. The Sensors on the smartphone includes Fingerprint sensor at the rear, Compass/ Magnetometer, Proximity sensor, Accelerometer, Ambient light sensor, and Gyroscope. The Battery capacity is not provided so far. The smartphone will be available in 2 variants, the ZenFone Max Pro M2 ZB631KL, and ZenFone Max M2 ZB633KL. And that’s back with either 32GB or 64GB of storage capacity and 4GB or 6GBGB of RAM.

Some information provided on this page are the expected values, Updated information will be coming soon. Stay tuned for more updates about the Asus ZenFone Max Pro M2.