The HONOR 10i Images leaked online 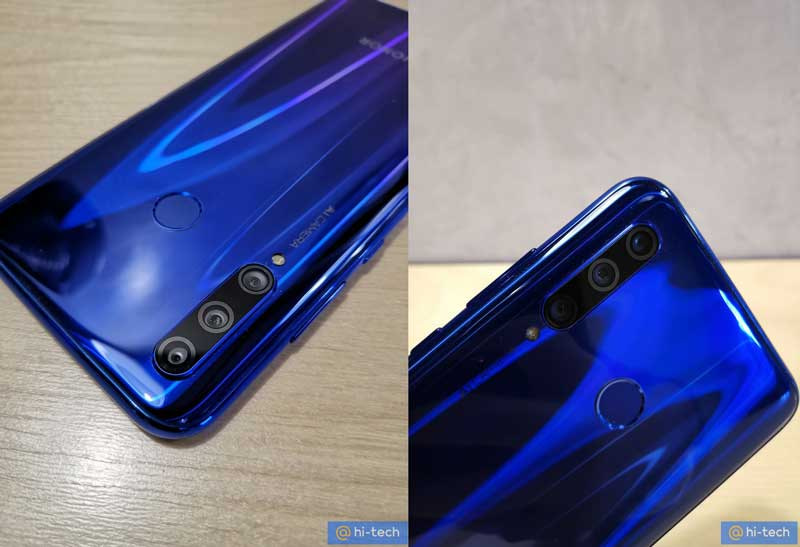 The Huawei Honor 10i will feature a large 6.21 (15.77 cm) inches full HD plus Display. Pixel Per Inch of 409 PPI. Display resolution of 1080 pixels by 2340 pixels. It comes with a small waterdrop Notch above, with a selfie hole. The fingerprint sensors come on the rear end of the smartphone. The smartphone comes with an octa-core HiSilicon Kirin 710 SoC. Coupled with Mali-G GPU graphics. Comes with a memory capacity of 4GB of RAM. Driven by Android Pie 9.0 operating system out of the box. Moreover, it comes with an updated EMUI 9.0 stable ROM. Which promises to have future Android updates. There is a triple camera set up at the rear end. Which features a 24MP primary camera, 8MP, and a 2MP secondary camera. In addition, there is a powerful 32 MP sensor camera set up at the front for selfies with AI-powered.

Even though, the storage capacity is of 128GB of UFS2.1 flash storage. However, that can be expandable up to 256GB using a nano-memory card. Other internal features include 4G LTE, Wi-Fi 802.11ac, GPS/ A-GPS, Bluetooth v5.0, USB Type C,NFC and a 3.5 mm headphone jack. The Sensors on the smartphone includes a Fingerprint sensor at the rear, Compass/ Magnetometer, Proximity sensor, Accelerometer, and Gyroscope. The Battery capacity is of not mentioned so far by the company. And there is no much information about the price tag too.