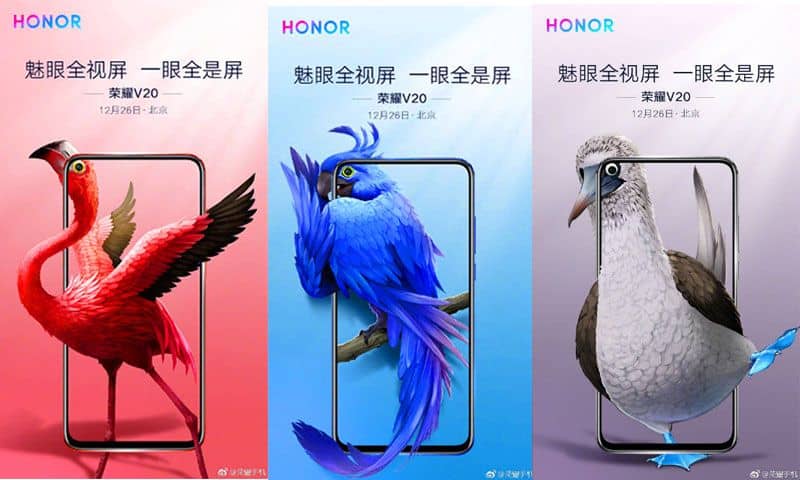 The Chinese telecommunications company Huawei has recently revealed their all-new upcoming smartphone called Huawei Honor View 20 aka Honor V20. The phone was showcased at the phone maker’s event, which was held in Hong Kong last week. As of now, Huawei Honor View 20 will be the first smartphone to feature a selfie display hole. After Honor V20 comes the Samsung Galaxy A8s. The official unveiling of the smartphone is to be on 26 December 2018. Officially, Honor View 20 teaser was on the weibo website last day. And it portrays three birds with their eye in the spot of the selfie camera. The interesting fact is that the phone will be available in three major colours: Red, Blue, and Grey.

The Huawei Honor View 20 will feature a large 6.3 (16.002 cm) inches IPS LCD Display. Pixel Per Inch of 409 PPI. Display resolution of 1080 pixels by 2340 pixels. It doesn’t come with a big Notch above like an old fashion instead of, a selfie hole in the left corner. The fingerprint sensors come on the rear end of the smartphone. The smartphone comes with the latest 7nm octa-core HiSilicon Kirin 980 SoC. Coupled with Mali-G76 MP10 GPU graphics.

Comes with a memory capacity of 8GB of RAM. Driven by Android Pie 9.0 operating system out of the box. Moreover, it comes with an updated EMUI 9.0 stable ROM. Which promises to have future Android updates. There is a single camera set up at the rear end which is a 48 MP primary camera of Sony IMX586 camera sensor. And there is a 24 MP camera set up at the front for selfies with AI-powered. 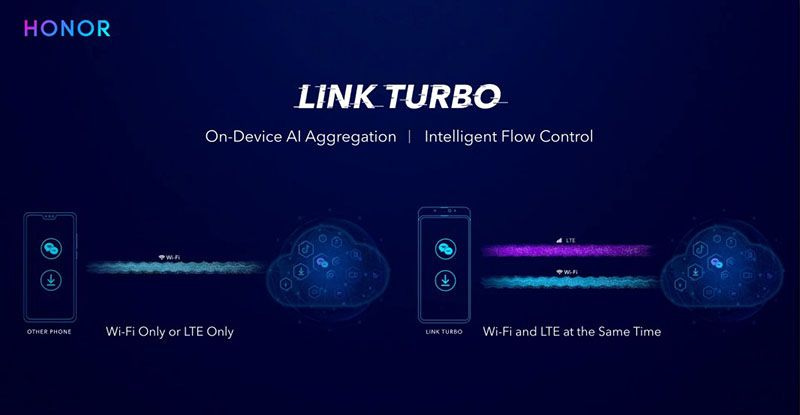 The storage capacity is of 128GB of UFS2.1 flash storage. And that can be expandable up to 256GB using a nano-memory card. Other internal features include 4G LTE, Wi-Fi 802.11ac, GPS/ A-GPS, Bluetooth v5.0, USB Type C, and a 3.5 mm headphone jack. The Sensors on the smartphone includes a Fingerprint sensor at the rear, Compass/ Magnetometer, Proximity sensor, Accelerometer, and Gyroscope. The Battery capacity is of non-removable 4000 mAh Li-Po battery for long hours of life. The smartphone will be available in 3 colours: Red, Blue, and Grey. And that’s back with 128 GB of storage capacity and 8GB of RAM.

All the information provided on this page are the expected values, Updated information will be coming soon. Stay tuned for more updates about the Huawei Honor View.