Another Smartphone From Xiaomi, MI MIX 3

The Chinese tech giant Xiaomi is getting ready to unveil their latest smartphone MI MIX 3. Which is scheduled to be launched this year. MI MIX 3 is the successor of the earlier Xiaomi model MI MIX 2. Which is still running in the markets with a great success. Moreover, MI MIX 3 comes with major updates from the earlier model MI MIX 2 & we also had MI MIX 2S.  Unlike other flagship smartphones, it doesn’t come with notch instead it comes with a full display model. A bezel-free model.

The MI MIX 3 has a large 6.4 inches full HD IPS LCD Display along with an Aspect ratio of 19:9. Pixel Per Inch of 337 PPI. Display resolution of 1080 pixels by 2160 pixels. It doesn’t come with a big Notch-like the flagship members. The fingerprint sensors come on the rear end of the smartphone. The smartphone comes with an octa-core Kyro 385 Qualcomm Snapdragon 845 processor chipset. Coupled with Adreno 509 GPU graphics.

It comes with a memory capacity of 8GB of RAM. Driven by Android 8.1 Oreo and can be updated to Android Pie 9.0 using the OTA update. Moreover, it comes with an updated MIUI 10 stable ROM. Which promises to have future Android updates. Another new feature is that it has an independent physical button to access the Google Assistant or any other AI assistant installed in your device. There is a dual camera set up at the rear which includes a f/2.2, 1.25-micron 12 MP Exmor-RS CMOS Sensor supporting a resolution of 4000 x 3000 Pixels primary camera, and a 12 MP secondary camera. And there is a 5 MP camera at the front for selfies with AI-powered. To take selfie you need to slide the smartphone down to access the camera. 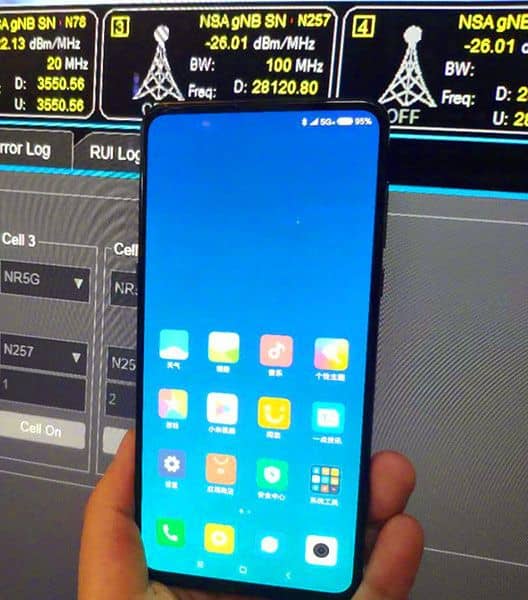 The storage capacity is of 256GB of internal memory and that cannot be expandable much further. Other internal features include 4G LTE, Wi-Fi 802.11ac, GPS/ A-GPS, Bluetooth v5.0, USB Type-C port with quick charge 3.0 support, and a 3.5mm headphone jack. The Sensors on the smartphone includes a Face unlock, Fingerprint sensor at the rear, Compass/ Magnetometer, Proximity sensor, Accelerometer, Ambient light sensor, and Gyroscope. The Battery capacity is of 4000 mAh Li-ion battery for long hours of life. The smartphone will be available in different color variants such as Black and other colors (Not specified). And that’s back with 256GB of storage capacity and 8GB of RAM.