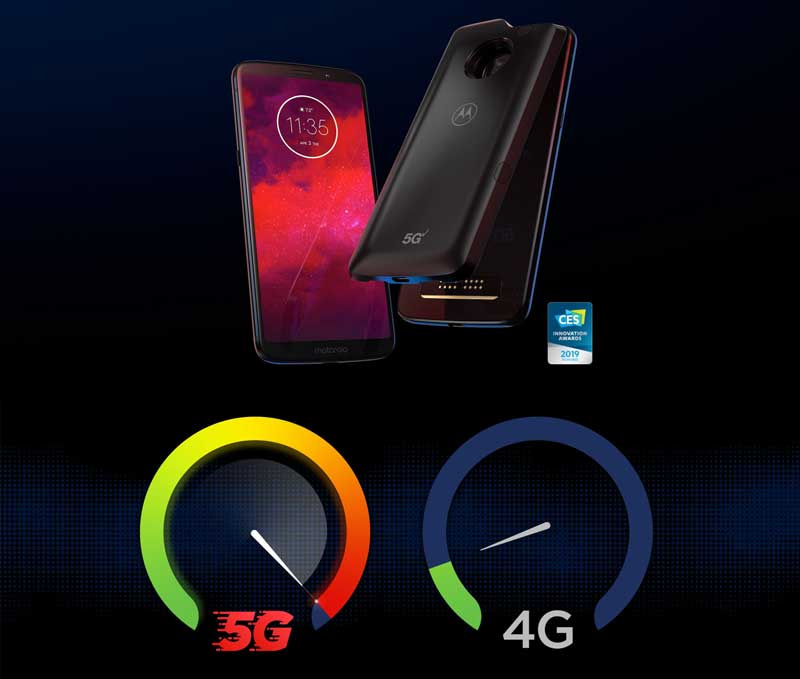 The Moto Z3 released last year with its usual moto mods and now the company has released its moto 5G mod for the phone. With the help of this 5G mod, the smartphone becomes a 5G enabled device. The Moto Z3 with moto 5G mod is currently the only 5G smartphone in the US. The Moto has been partnered with the Verizon, So the 5G mod sale will be through Verizon. The 5G mode uses the Millimeter Wave technology for its networking and signalling capabilities. 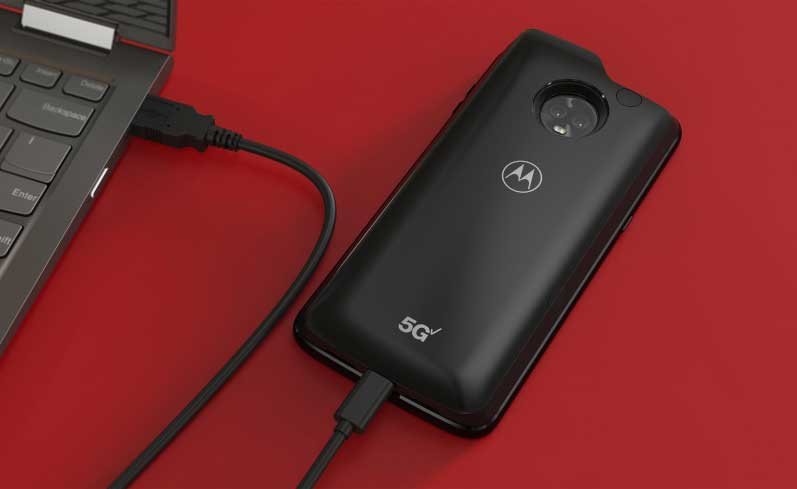 Well, the Mod comes with use of Millimeter Wave technology and Qualcomm 5G. The 5G mode is said to drastically improve the internet speed of the smartphone because of its 5G. Theoretical maximum speeds based on technology of 5G mmwave. Actual speeds vary based on numerous factors including network configuration, signal strength, network congestion, weather and physical obstructions, and an average of around 300 – 500 Mbps. It comes with SDX50M 5G (5G NR) modem and SD855 for 4G. With the Qualcomm 5G, the moto 5G moto can boost your network speed. And with the help of increased bandwidth, you can download an entire 4K movie in seconds. The mode will also increase the efficiency of cloud-based games.

With the help of the 5G mod, you will able to unlock many features like fast responsive augmented and virtual reality. And yes you can use it as a portable wifi hotspot if needed.

It comes with a battery

The moto mod features a built-in 2000 mAh battery for 5G speed on your phone. It also has its own USB-C port for charging.

There also a good feature which is 5G isn’t available, the moto mod will seamlessly reconnect to 4G LTE automatically. 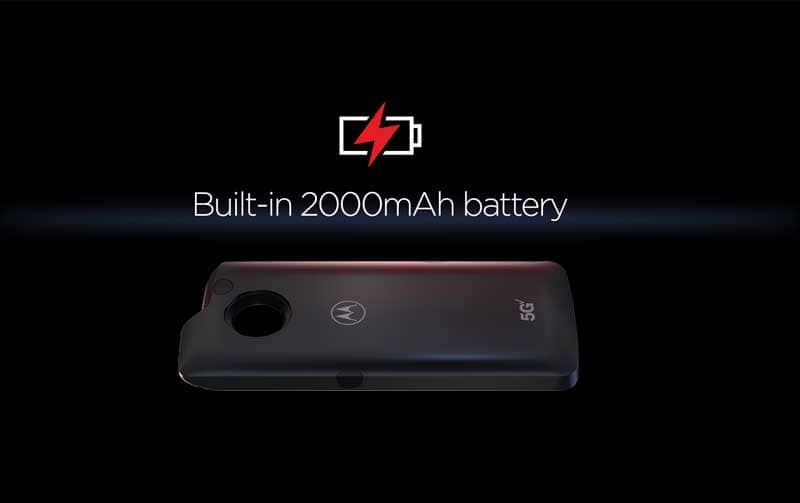 Moto 5G mod is surely a good mod for Moto Z3, which make it a 5G enabled device. But it has both pros and cons. Surely the 5G mod will boost the network speed and also comes with a build in battery. But with this mod attached to the phone, it will definitely make it bulkier to hold. And not only that it has a price tag of $350. Even though there is a promotional offer you can now get a 5G moto mod for $199.99 on Verison. We have to wait and see if companies like honor, Xiaomi, Asus will release a more budget-friendly 5G smartphone.