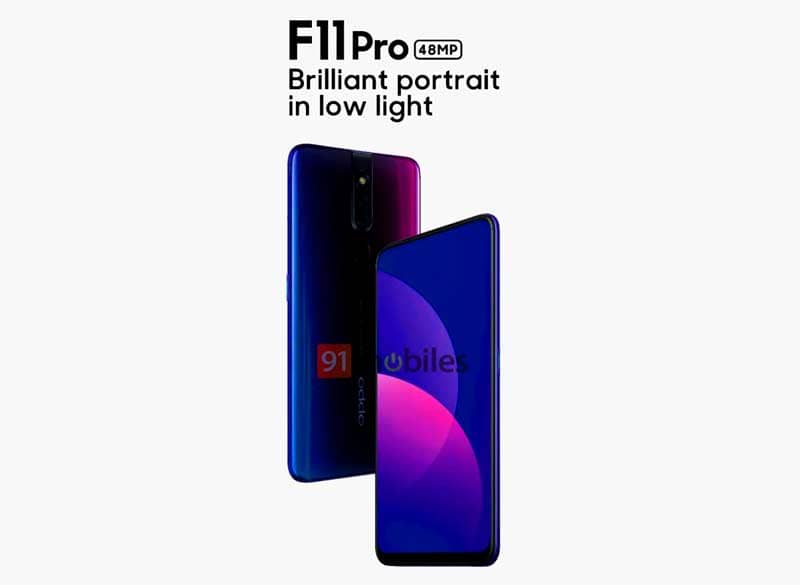 The Indian Cricket Team Sponsors Oppo has recently revealed their all-new upcoming smartphone called Oppo F11 Pro. As per the leaks, oppo F11 Pro will be the Major Sponsor of the game series. Moreover, Oppo F11 Pro will be one of the best budget smartphones of the year 2019, as per the rumours. It also states that this budget smartphone will feature a 48MP rear camera of the CMOS image sensors and a Selfies pop-up. It also highlights as a true Bezzeless smartphone. 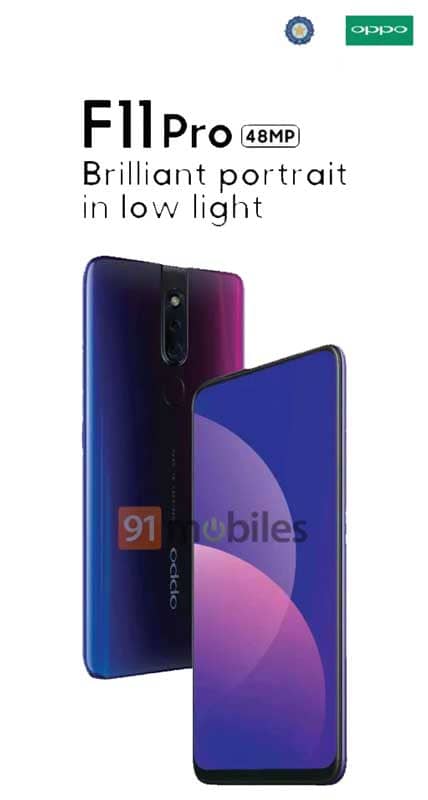 Comes with a memory capacity of 6GB of RAM capacity. Driven by the Android Pie 9.0 operating system out of the box. Which promises to have future updates. There is a dual camera set up at the rear which comes with a CMOS image sensor that includes a 48MP primary camera, and a 5 MP secondary camera. This is much similar to Redmi Note 7, that has 48MP camera setup but captures images in 12MP. And there is a single camera set up at the front for selfies which includes a 32MP primary camera with AI-powered.

The storage capacity is of 128GB of internal memory and that can be expandable up to 256GB using MicroSD card. Other internal features include 4G LTE, Wi-Fi 802.11ac, GPS/ A-GPS, Bluetooth v5.0, USB Type C 1.0 Quick charge, and a 3.5 mm headphone jack. The Sensors on the smartphone includes a Fingerprint sensor at the rear, Quick Charge 4.0, Compass/ Magnetometer, Proximity sensor, Accelerometer, and Gyroscope. The Battery capacity is of 4500 mAh Li-ion battery for long hours of life. The smartphone will be available in different colours. And that’s back with 128GB of storage capacity and 6GB of RAM. The price tag will be something around more than 350$ (25,000 Rs Approx) and below Expected.