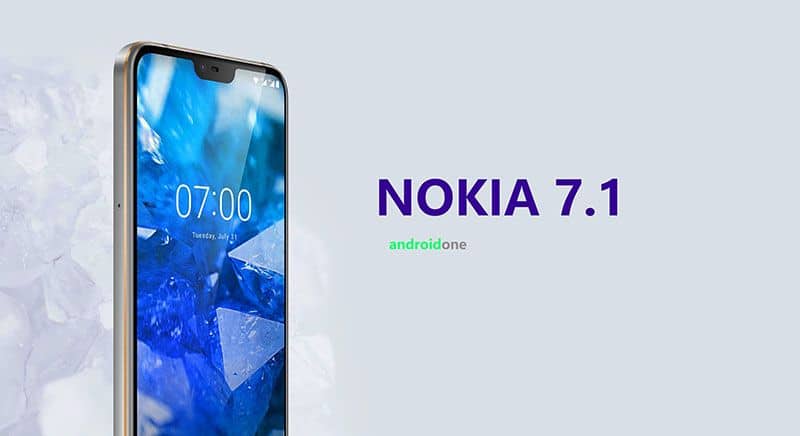 The Chinese tech giant Nokia is getting ready to unveil their latest smartphone Nokia 7.1. It is the successor of the earlier Nokia model Nokia 6.1. Which is still running in the markets with a great success and they released the Nokia 6.1 Plus model. With an updated 16-megapixel and a 5-megapixel camera at the rear. Moreover, Nokia 7.1 comes with major updates from the earlier model Nokia 6.1. It comes with a small notch same as the Nokia 6.1 Model. A bezel-free model.

The Nokia 7.1 has a large 5.84 inches full HD IPS LCD Display along with an Aspect ratio of 19:9. Pixel Per Inch of 432 PPI density. Display resolution of 1080 pixels by 2280 pixels. It comes with a small notch, same as the Nokia 6.1 model. The fingerprint sensors come on the rear end of the smartphone. The smartphone comes with an Octa-core 1.8 GHz Kryo 260 Qualcomm SDM636 Snapdragon 636 processor chipset. Coupled with Adreno 509 GPU graphics. 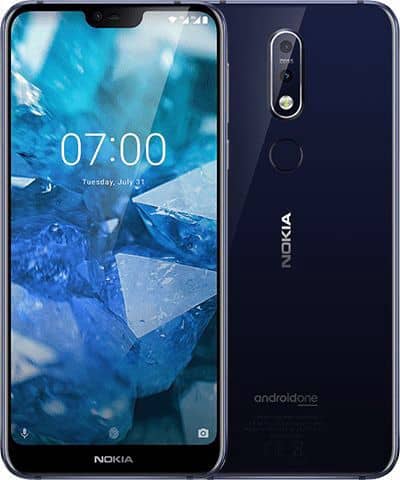 It comes up with a memory capacity of 4 GB of RAM. Driven by Android 8.1 Oreo and can be updated to Android Pie 9.0 using the OTA update. Moreover, it comes with an updated Android one ROM. Which promises to have future Android updates.

The storage capacity is of 64 GB or of 32 GB of internal memory and that can be expandable up to 400 GB. Other internal features include 4G LTE, Wi-Fi 802.11ac, GPS/ A-GPS, GLONASS, Bluetooth v5.0, USB Type-C port with quick charge 3.0 support of 18w, and a 3.5 mm headphone jack. The Sensors on the smartphone includes a Face unlock, Fingerprint sensor at the rear, Compass/ Magnetometer, Proximity sensor, Accelerometer, Ambient light sensor, and Gyroscope. The Battery capacity is of 3060 mAh Li-ion battery for long hours of life. The smartphone will be available in different color variants such as Gloss midnight blue and gloss steel. And that’s back with 64 GB of storage capacity and 4 GB of RAM or 32 GB of storage and 3 GB of RAM. 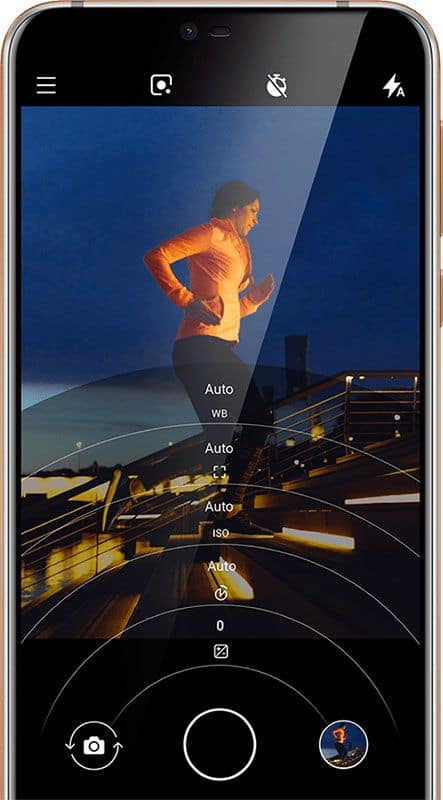 The Pro camera in Nokia 7.1

There is a vertically placed dual camera set up at the rear side of the smartphone, which includes a f/1.8, 1.28 micron 12 MP and a 5 MP, f/2.4, 1.12-micron secondary camera. And there is an 8 MP,f/2.0 camera at the front for selfies with AI-powered. It has a depth-sensing rear cameras with ZEISS Optics. There is also optional manual control of white balance, ISO, aperture and shutter speed. There is some interesting features like using 3D personas, masks and filters in Dual-Sight mode. You can also do the bothies in real time to Facebook or YouTube directly from the camera app. As far on specifications the camera looks awesome.