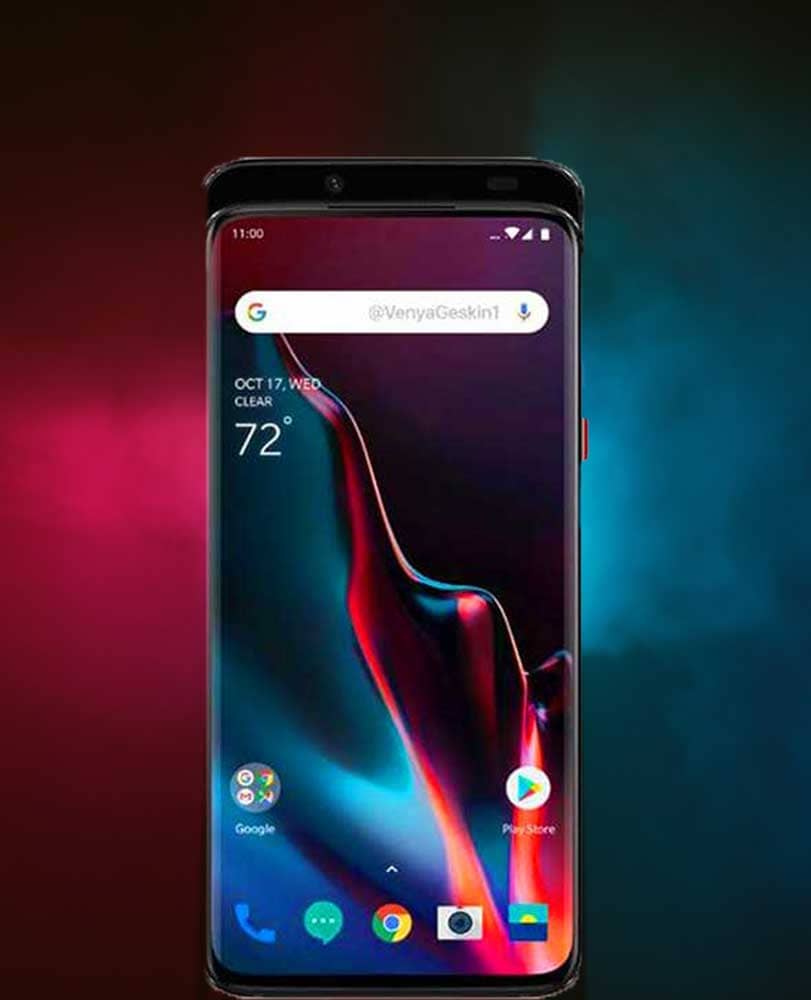 OnePlus is here with its new series. The OnePlus 7 series is expected to launch on May 14th. There is more than one phone launching on May 14th from OnePlus. So far it is confirmed that there is a OnePlus 7 and a OnePlus 7 Pro. But there are also reports of a 5G variant named, OnePlus 7 Pro 5G. Now some interesting details have leaked and it looks like it is going to be an impressive phone from the OnePlus. And the phone is also spotted in GeekBench with some of its specifications.

Starting from the display, it would have one of the biggest change. First, it is bigger than the normal OnePlus 7 and second, it is a Quad HD+(1440 X 3120 pixels) Super AMOLED display. Which means the OnePlus 7 Pro is the first phone from the company that has a Quad HD+ screen. So far we have seen OnePlus phones with only full HD+displays. It is a 6.7-inch curved display with a refresh rate of 90Hz and a USB Type-C port. Compared to the normal 60Hz displays on smartphones, everything just looks smoother at 90Hz. The Asus Rog phone of the last year also had an AMOLED panel with the 90Hz refresh rate. So there is nothing to complain when it comes to the display of the OnePlus 7 Pro.

Coming to the cameras, it has triple rear cameras that include a primary 48-megapixel camera, a secondary wide-angle camera, and a third telephoto camera. So we would get a wide-angle camera on a OnePlus phone for the first time. As you already know, there is a pop-up selfie camera as well. The battery size has increased as well as it has a 4,000mAh battery with 30W Warp charging. The phone would also have wireless charging support. And the phone will be available in three RAM variants like 6GB+128GB variant, 8GB+256GB variant, and 12GB+256GB variant. Well, we already know that there is Snapdragon 855 SoC and the phone runs Android 9 operating system. Also, it will feature a display fingerprint scanner and no headphone jack.

OnePlus 7 Pro is spotted in GeekBench listing recently with a model number OnePlus GM1917. And the phone scored 3551 points in single-core and 11012 points in multi-score tests.

Price of the OnePlus 7 Pro in India is expected to be Rs.47,990 for the 6GB variant. Well, news about the prices is not yet confirmed. The phone is said to be available in Blue, Grey, and Midnight Black colours.