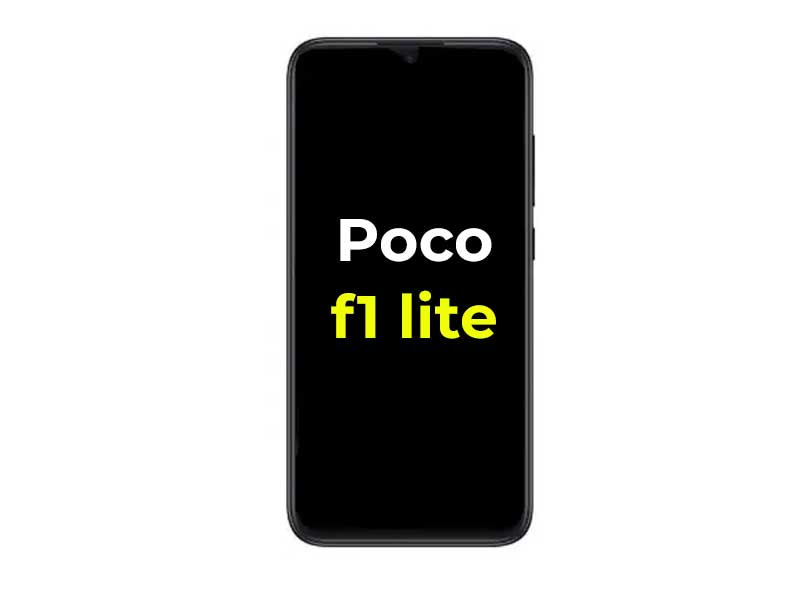 Xiaomi’s Poco F1 is back this year with its new version called Poco F1 Lite. In India, Poco F1 is still the cheapest smartphone available under 20,000Rs with Qualcomm Snapdragon 845. Poco F2 was expected to be launch after Poco F1. But Poco F1 Lite is getting ready to launch and some of its specifications were leaked on Geekbench. The benchmark listing proposes that the phone will arrive with a Snapdragon 660 Soc like the Redmi Note 7. The benchmark listing also reveals that the phone is driven by Android 9.0 Pie.

The features of Poco F1 Lite is not yet revealed. Only some of the key specifications have been revealed yet. According to the information from leaked sources, Poco F1 Lite will appear with Qualcomm Snapdragon 660 SoC clocked at 1.61GHz. Driven by Android 9.0 Pie. This smartphone comes with a memory capacity of 4GB of RAM. The design may probably be like Poco F1. Polycarbonate finishing is expected at the backside. Unlike Poco F1, a waterdrop notch is expected in the display. Other features regarding the camera, display, and storage capacity are not available. 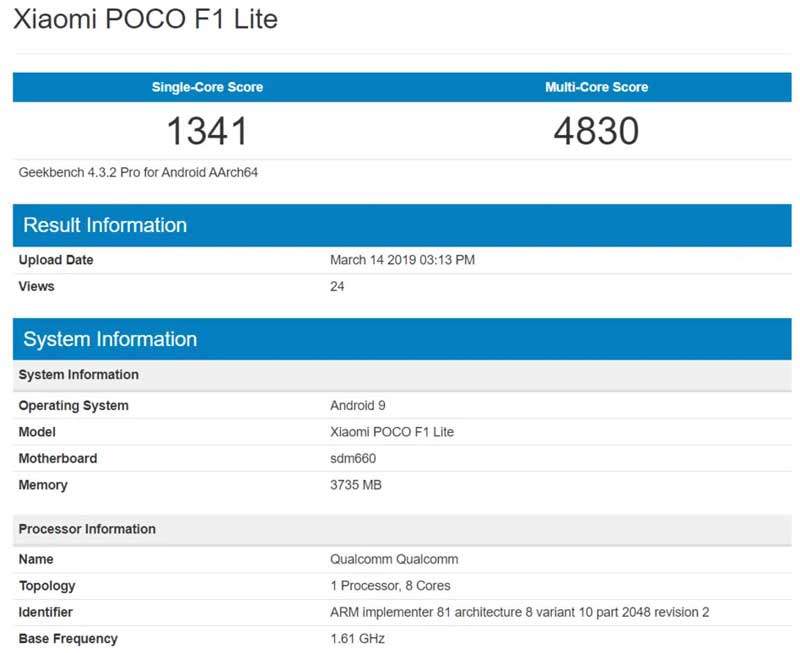 The single and multi-core performance score is shown in the Geekbench benchmarking site. Poco F1 Lite scores 1341 points in single core and 4830 points in multi-core. Poco F1 was unveiled last year with Android 8.1 Oreo with MIUI 9.6 on top, though an update to Android Pie with MIUI 10 was released in December. The availability of Snapdragon 845 SoC coupled with 8GB of RAM  at a low prize also attracted the people. But considering the Poco F1, the fans may get disappointed with the specifications of Poco F1 Lite. Recently unveiled Redmi Note 7 has the same hardware and software. So, there is a chance to have the same price as Redmi Note 7.