Samsung Galaxy A50 Renders Leaked With Price and Specifications 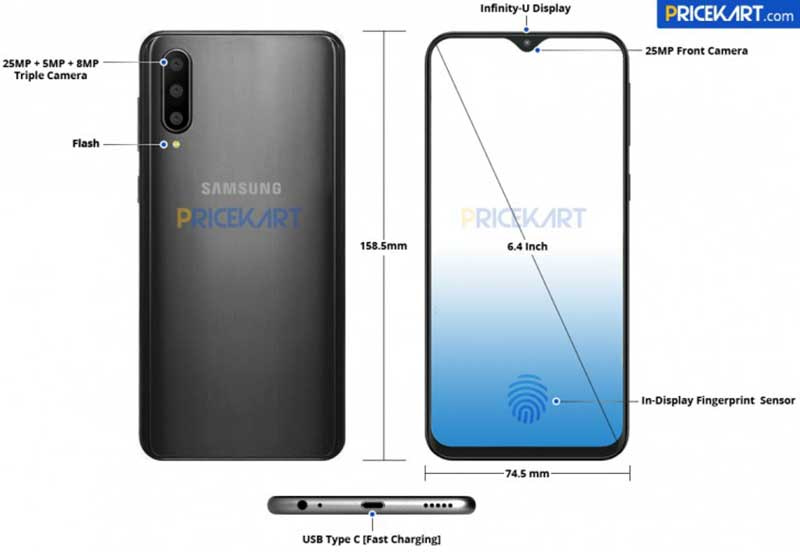 After the successful launch of Galaxy M Series, Samsung is working on for their next smartphone called Samsung Galaxy A50. The rumours were spreading from last December 2018, so far its renders were leaked last day. According to the renders, it looks much similar to the Galaxy M series. With the teardrop notch, Infinity – U display, triple cameras at the rear etc. 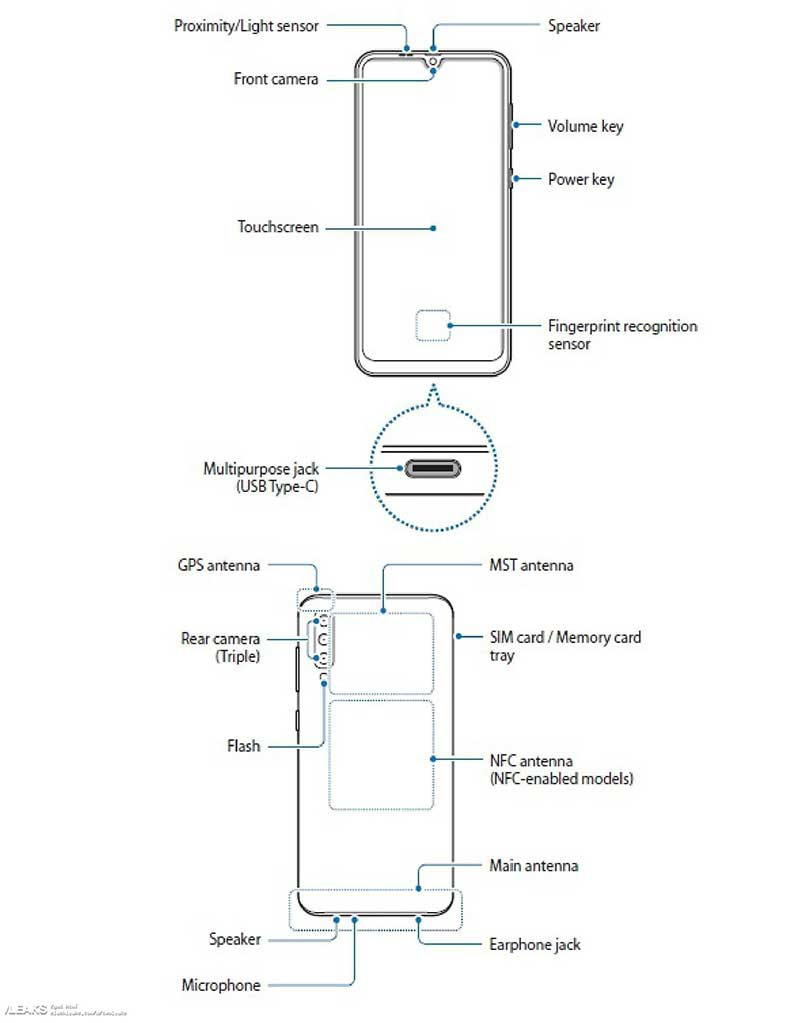 Comes with a memory capacity of 4GB/6GB of RAM capacity. Driven by the Android Pie 9.0 operating system out of the box. Moreover, comes with stable OneUI ROM. Which promises to have future updates. There is a triple camera set up at the rear which includes a 25 MP(F 1.7) primary camera, a 5 MP(F2.2)  and an 8MP(F2.4) secondary cameras. And there is a single camera set up at the front for selfies which includes a 25MP(F2.0) primary camera with AI-powered.

The storage capacity is of 64GB/128GB of internal memory and that can be expandable up to 512GB using MicroSD card. Other internal features include Dual 4G VoLTE, Wi-Fi 802.11ac Adaptive, GPS/ A-GPS, Bluetooth v5.0, USB Type C 1.0 Quick charge, Samsung Mini Pay, Bixby, Dolby Atmos, Samsung Health, Scene Optimiser, Flaw Detection, and a 3.5 mm headphone jack. The Sensors on the smartphone includes an in-Display Fingerprint sensor, Quick Charge 4.0, Compass/ Magnetometer, Proximity sensor, Accelerometer, and Gyroscope. The Battery capacity is of 4,000 mAh Li-ion battery for long hours of life. The smartphone will be available in Blue, White and Black colours. And that’s back with 64GB/128GB of storage capacity and 4GB/6GB of RAM. The price tag will be something around more than 510$ (36,400.00 Rs Approx) and below Expected.