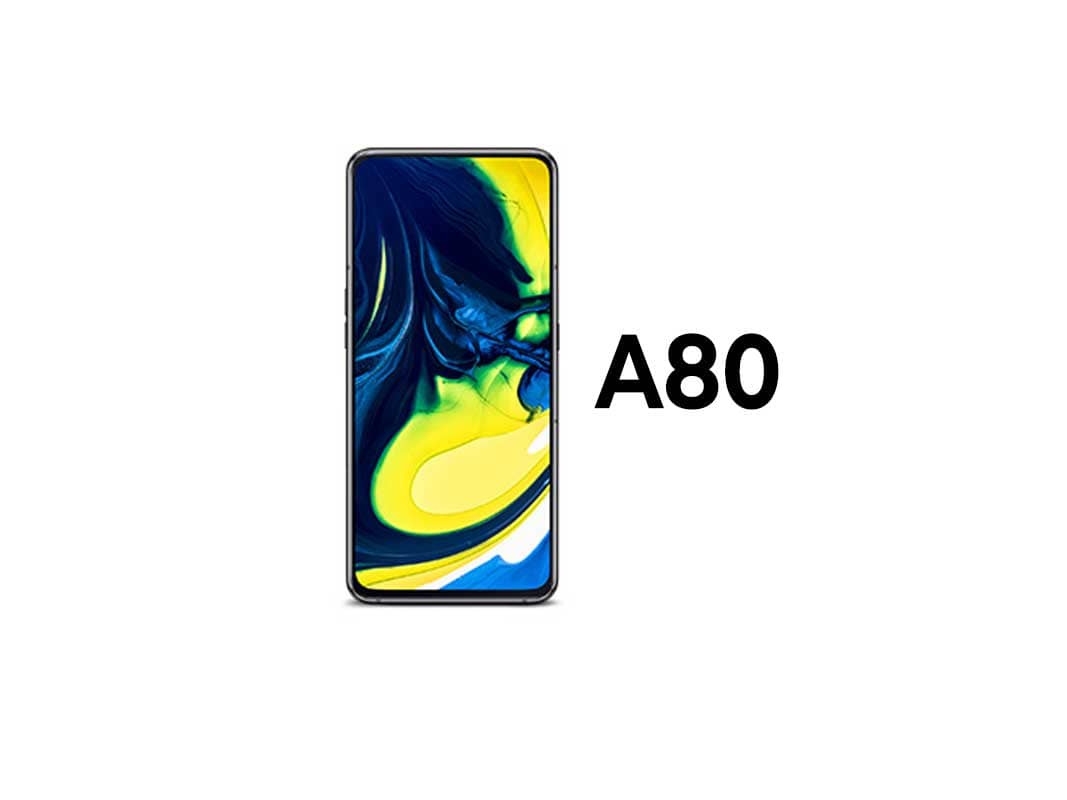 The tech giant Samsung is all set to launch their all-new revolutionary smartphone called Samsung galaxy A80. In a way one of the biggest Highlight of Samsung Galaxy A80 is that rotating cameras rather than the slid up cameras. This innovative feature was the first debut to back in other Chinese and Indians smartphones devices like iBall, Oppo, etc. But they didn’t end up well. In a well way, Samsung Galaxy A80 comes up with a mindblowing feature of triple rotating cameras for both front and rear side. In that case, Samsung Galaxy A80 comes with a Full-screen Super AMOLED display with no Notch. It also has an In-display Fingerprint sensor, Dolby integration, Intelligent battery optimization, and a 25W Super-Fast Charging capabilities. 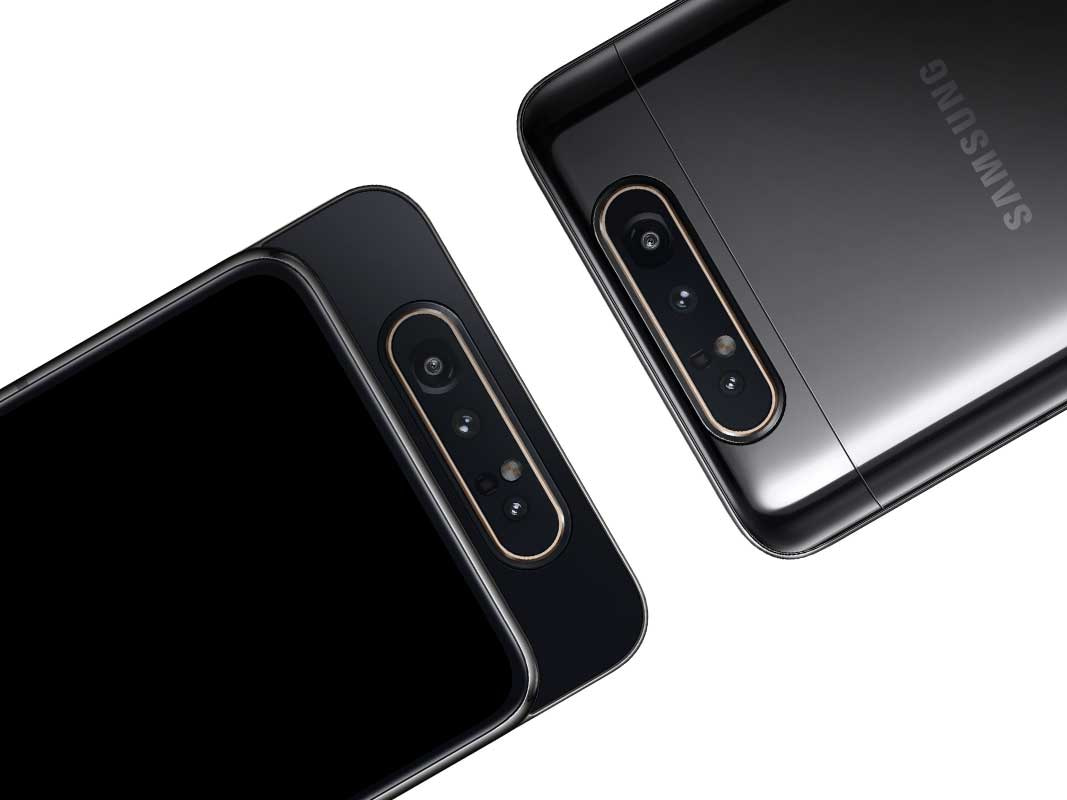 The Samsung Galaxy A80 has a large 6.7 (17 cm) inches full-screen Super AMOLED Display. The Display resolution of 1080 pixels by 2400 pixels. It comes with no Notch or a punch hole cameras, instead of a triple rotating camera. Comes with In-display fingerprint sensors only at selected areas. That can unlock the smartphone within 0.3 seconds. The smartphone comes with an Octa-core (2 X 2.2 GHz Kryo 460 Gold & 6 X 1.7 GHz Kryo 460 Silver) chips with the Qualcomm’s Snapdragon 730 chipset. Coupled with Adreno 618 GPU graphics.

Comes with a memory capacity of 8GB of RAM capacity. Driven by the Android Pie 9.0 operating system out of the box. Moreover, comes with stable OneUI ROM. Which promises to have future updates. There is a triple camera set up at the rear which includes a 48 MP(F 2.0) primary camera, an 8 MP(F2.2) wide-angle camera and a 3D depth cameras. And these cameras can be also be used for the selfie by sliding the display then the all the rear cameras will rotate to the front. Samsung Galaxy A80 comes with a handful of features like scene optimizer, Steady Video Mode and Flow Detection.

The storage capacity is of 128GB of internal memory and that cannot be expandable further. Other internal features include Dual 4G VoLTE, Wi-Fi 802.11ac Adaptive, GPS/ A-GPS, Bluetooth v5.0, USB Type C 1.0, 25W Super Fast charging, Samsung Mini Pay, Bixby, Dolby Atmos for better outputs, Samsung Health, Scene Optimiser, Flaw Detection, and a 3.5 mm headphone jack. The Sensors on the smartphone includes an in-Display Fingerprint sensor, Superfast Charge, Compass/ Magnetometer, Proximity sensor, Accelerometer, and Gyroscope. The Battery capacity is of 3,700 mAh Li-Po battery for long hours of life. The smartphone will be available in Ghost White, Phantom Black, Angel Gold colours. And that’s back with 128GB of storage capacity and 8GB of RAM. The price tag will be something around 732.70$ (50,500.00 Rs Approx) and above Expected.