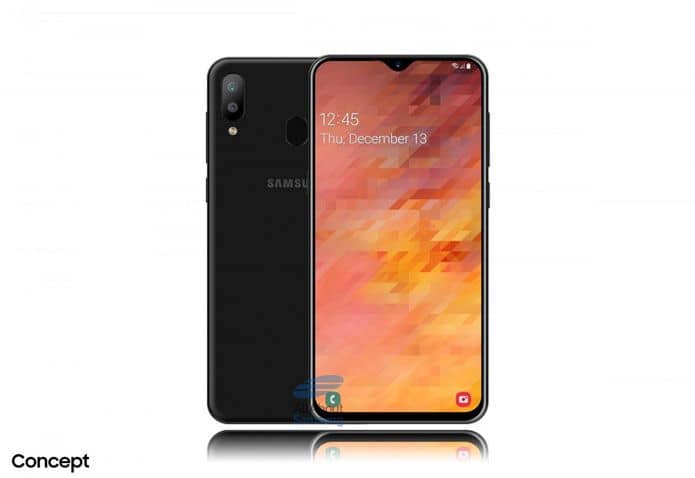 Comes with a memory capacity of 4GB of RAM. Driven by Android Pie 9.0 operating system out of the box. However, it comes with the latest Samsung OneUI stable ROM. Which promises to have future android updates. There is a triple camera set up at the rear which includes a 13 MP primary camera and 5 MP secondary cameras. And a 16MP AI-powered camera at the front for the selfies.

The storage capacity is of 64 GB of internal memory and that can be expandable up to 512GB using MicroSD card. Other internal features include 4G LTE, Wi-Fi 802.11ac, GPS/ A-GPS, Bluetooth v5.0, USB Type 2.0, and a 3.5 mm headphone jack. The Sensors on the smartphone includes a Fingerprint sensor at the rear, Compass/ Magnetometer, Proximity sensor, Accelerometer, Ambient light sensor, and Gyroscope. The Battery capacity is of 5000 mAh Li-ion battery for long hours of battery life. This is the first smartphone to support 5000mAh of Li-ion Battery. The smartphone will only available in Black colour so far. And that’s back with 64GB of storage capacity and 4GBof RAM. The price tag will be something around 355$ and below (25,000 Rs and below) Expected.