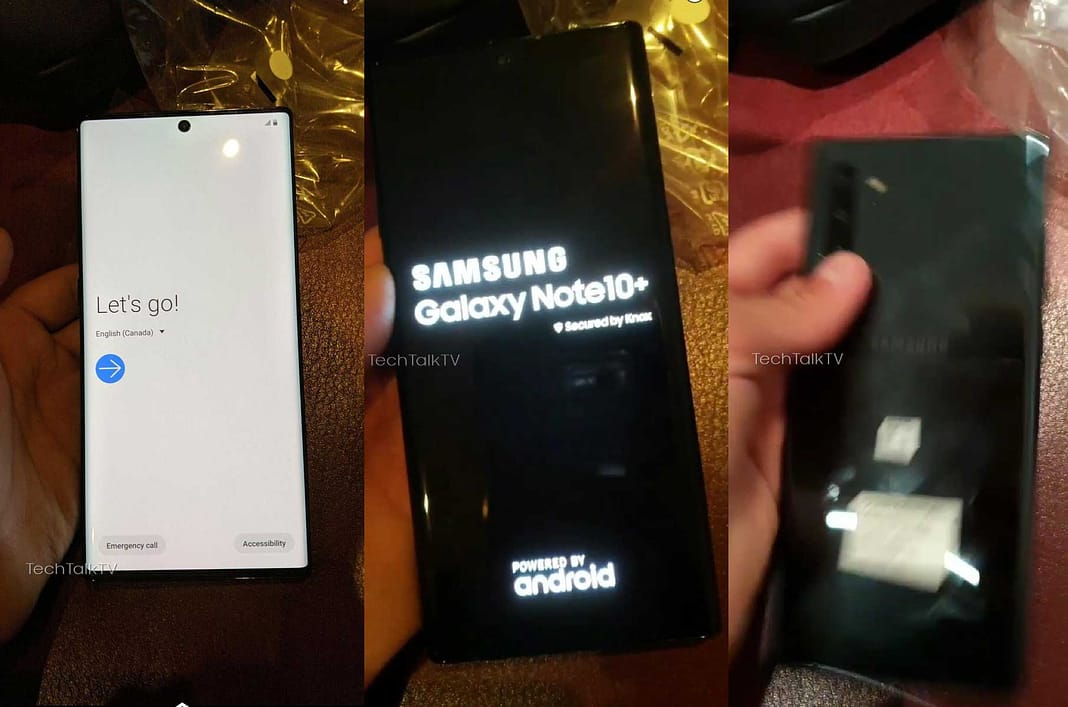 More about the leak

As from the leaks you can see the front camera is at the centre of the top screen with a punch hole. And there is a Triple camera setup on the rear side. It must be a telephoto lens, a wide lens and an ultra-wide lens with the TOF sensor and LED flash arrangement for the rear Triple camera setup. Even though the images from this leaks are blurry the boot logo screen can be identified as Samsung Galaxy Note 10+. There is no information about the Headphone jack or about the S-pen confirmation. Since there is no fingerprint sensor on the back side, it is expected to be featuring an on-screen fingerprint sensor.