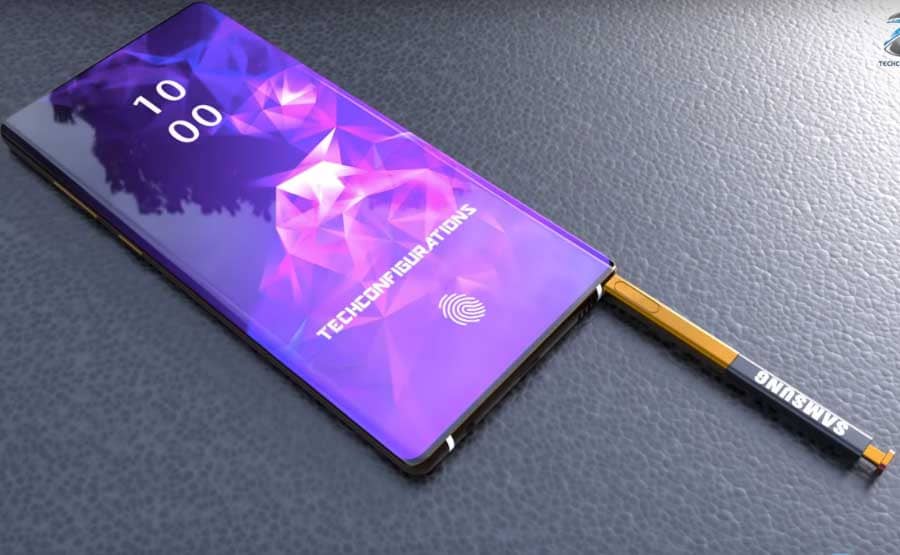 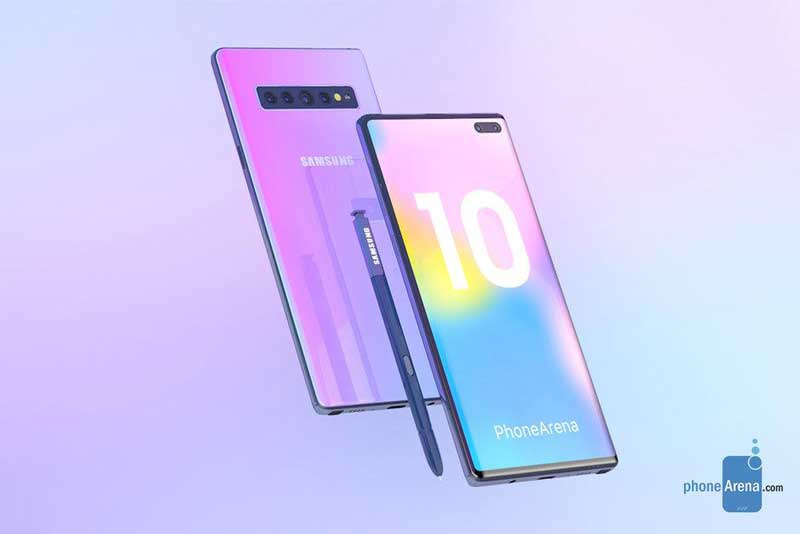 The Samsung Galaxy Note 10 has a large 6.75 inches (17.15 cm) Super AMOLED Display. Pixel Per Inch of 488 PPI density. Display resolution of 1440 pixels by 2960 pixels. Instead of the Notch, they will have a camera hole just like the Samsung Galaxy S10. And comes with a wide in-display fingerprint scanner. The smartphone comes with an Octa-core of 2.7 GHz X 4 M3 Mongoose + 1.7 GHz X 4 Cortex A55 and chipset of Samsung Exynos 9 Octa 9810 processor. Coupled with Mali-G72 MP18 GPU graphics. It comes up with a memory capacity of 6 GB of RAM same as the previous one Samsung Galaxy Note 9. Driven by Android Pie 9.0 operating system out of the box. With the latest OneUI. There is a quad camera set up at the rear which includes a 24MP, 13MP,13MP and an 8 MP secondary camera of Exmor-RS CMOS sensor. And there is a 24 MP Exmor-RS CMOS sensor camera at the front for selfies with AI-powered.

The storage capacity is of 1TB GB of internal memory and that cannot be expandable much further. Other internal features include 5G, Wi-Fi 802.11ac, GPS with A-GPS, Bluetooth v5.0, USB Type-C port, NFC, and Dual-sim slots. The Sensors on the smartphone includes an in-Display Fingerprint sensor, Compass/ Magnetometer, Proximity sensor, Accelerometer, and Gyroscope. The Battery capacity is of 4100 mAh Li-ion battery for long hours of life. And that’s back with 1TB of storage capacity and 6 GB of RAM.

These are the Proposed blueprint of the upcoming smartphone, Samsung Galaxy Note 10. Stay tuned!