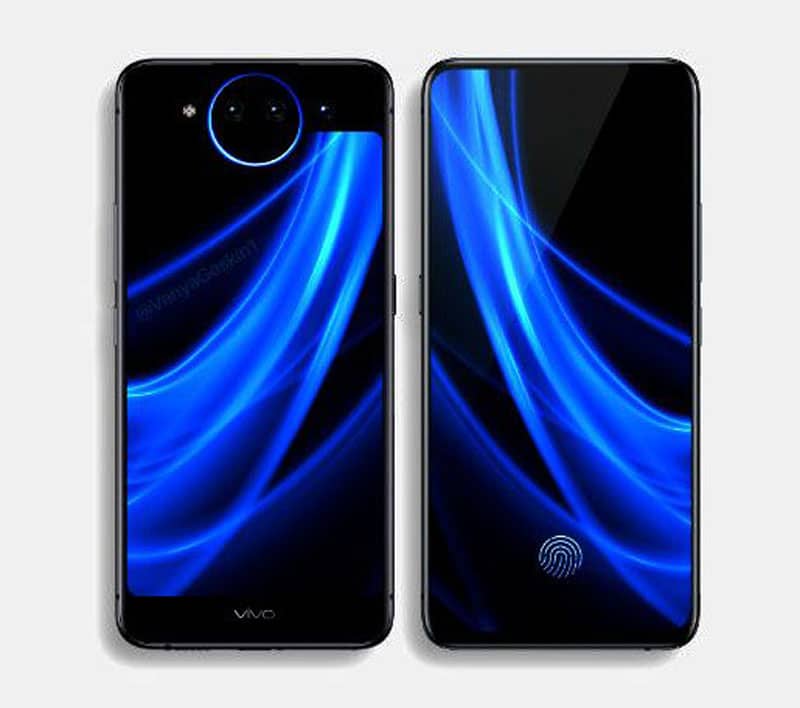 The Chinese smartphone maker Vivo is ready to reveal their latest smartphone called Vivo Nex 2. Which is scheduled to be launched this December. Vivo Nex 2 is the successor of the earlier Vivo model Vivo Nex, which was released in last June 2018. Which is still in the markets with a great demand. Moreover, Vivo Nex 2 comes with major updates from the earlier model Vivo Nex. The company has posted its teasers on their official website confirming that the smartphone will feature dual displays, triple rear cameras, and night photography mode. The clean renders show that the smartphone will have a dual display, one the normal display and one at the back. It also features a triple camera setup just like the flagship smartphones. Moreover, this smartphone doesn’t come with a notch. But with a true bezel-less smartphone. It also has an elegant LED circle round the triple camera setup.

The Vivo Nex 2 features a large 6.59 (16.73 cm) inches full HD AMOLED Display. Pixel Per Inch of 388 PPI. Display resolution of 1080 pixels by 2316 pixels. It doesn’t come with a Notch-like the flagship members. In-display fingerprint sensors. The smartphone comes with an Octa-core 4×2.7 GHz Kryo 385 Gold & 4×1.7 GHz Kryo 385 Silver with the latest Snapdragon 845 chipset. Coupled with Adreno 630 GPU graphics. Comes with a memory capacity of 10GB of RAM. Driven by Android Pie 9.0 operating system out of the box. Which promises to have future Android updates. There is a triple camera set up at the rear which includes a 12 MP, f/1.8, 1/2.55″,5 MP, f/2.4 and a TOF  camera, and there is no selfie camera for this smartphone, and that’s bad.

The storage capacity is of 128GB of internal memory and that cannot be expandable. Other internal features include 4G LTE, Wi-Fi 802.11ac, GPS/ A-GPS, Bluetooth v5.0, USB Type C, and a 3.5 mm headphone jack. The Sensors on the smartphone includes an in-display Fingerprint sensor, Compass/ Magnetometer, Proximity sensor, Accelerometer, and Gyroscope. The Battery capacity is of 4100 mAh Li-ion battery for long hours of life. The smartphone will be available in Black colour Only So far. And that’s back with 128 GB of storage capacity and 10GB of RAM.