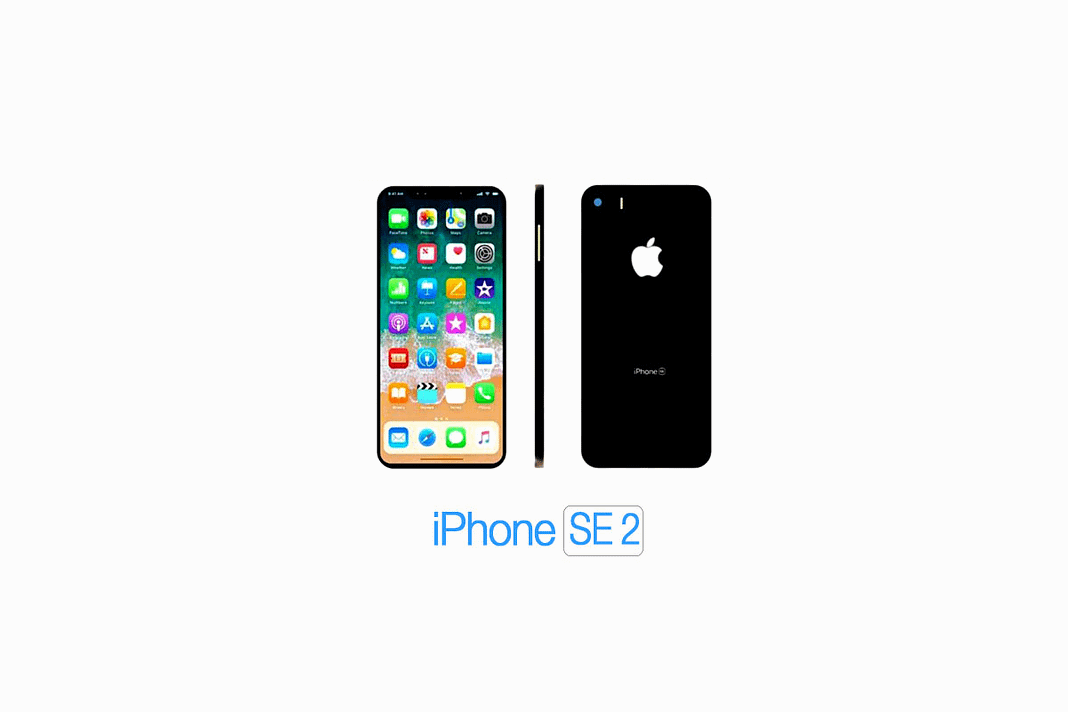 The most anticipated Apple iPhone SE 2 gets new concept leaks and pricings. We all are in hyped for Apple iPhone SE 2. The rumours starting from the previous year about a budget iPhone went crazy, Later it confirmed it will the arriving on Q1 2020. So far there were many leaked designs and other stunning concepts last year, which was fanmade concepts. But lucky we have some awesome leaks from 91mobiles.com. The concept design looks promising, Even though it might not be 100% accurate when Apple launches the product. But it’s still promising. Ming-Chi Kuo, the Apple analyst states that iPhone SE 2 to enter mass production in January 2020. He also states that it would be priced at $399.

The Apple iPhone SE 2 concept design resembles the look of iPhone XS in the front and yeah, a notch is there. The screen to body ratio looks impressive and looks like a sleeker design for sure. And of course there is no touch ID in the design, So it should be coming with the latest face ID. I really miss the Touch ID these days. Anyway moving to the rear side of the phone we can see a new upgraded design of the old iPhone SE design. There is an Apple logo branding and model labelled in the bottom just like the typical iPhone brandings. When it comes to the camera, you can spot a single camera setup on the rear side and a selfie shooter on the front side.

The Apple iPhone SE 2 should be coming with a memory capacity of 3GB of RAM and internal storage capacity up to 128GB. It will have iOS v13 operating system out of the box. Like any other iPhones, it will also promise to have future iOS updates. The main highlight is that it will be coming with the latest Apple A13 Bionic chipset, which is in the latest iPhone 11 and iPhone 11 Pro. When it comes to the display, a screen size of 4.2 Inches is expected. It would be awesome if it was 4.7 Inches with 750×1334 px, 326 PPI and IPS LCD. There is a single camera setup on the rear, which includes a 12MP primary camera with an f/2.2 aperture and a Dual-color LED Flash. It should be coming with a 5 or 8 MP camera FaceTime camera with Retina Flash at the front for selfies. And for the battery, we are expecting a 1750 mAh Non-Removable battery.

Other internal features include 4G VoLTe, Wi-Fi 802.11ac, GPS/ A-GPS, Bluetooth v5.0,and NFC. The Sensors on the smartphone includes a Compass, Magnetometer, Light sensor, Barometer, Proximity sensor, Accelerometer, and Gyroscope. The iPhone will be available in Jet black, Gold, Rose Gold, and Premium White colours so far. We are expecting a launch in February 2020.