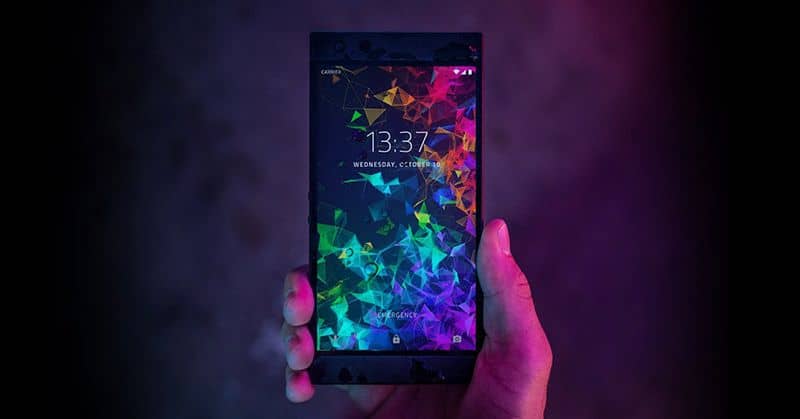 The game master Razer unveilied their all-new 2nd generation flagship Smartphone Razer Phone 2 at their Live event. Before its initial launch, the smartphone was on Amazon’s Italy website yesterday for a few hours.

The phone looks much same as the earlier model Razer Phone which was launched last year. There is a dual camera set up at the back. And the Razer chroma RGB logo at the rear. The Razer Phone 2 has a large 5.72 inches LCD QHD Display along with a refresh rate of 120Hz. Pixel Per Inch of 403 PPI. Display resolution of 1440 pixels by 2560 pixels. Unlike rest of the flagship memebers, it doesn’t come with a big Notch above. The fingerprint sensors come at the right side of the smartphone. The smartphone comes with a Qualcomm Snapdragon 845. Coupled with Adreno 509 GPU graphics. Comes with a memory capacity of 8GB of RAM. Driven by Android Pie 9.0. 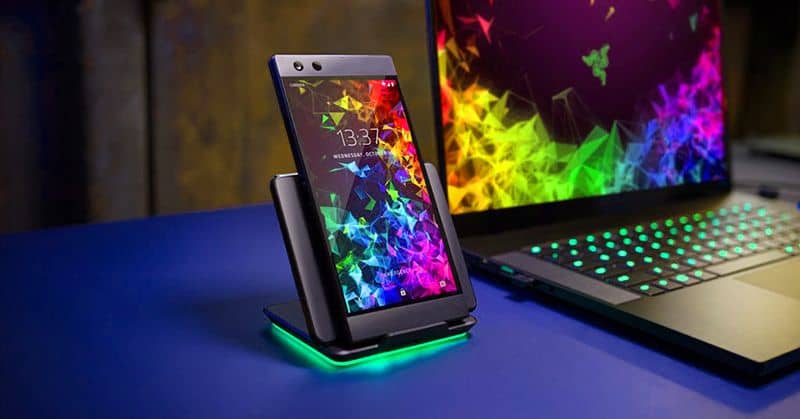 Its the first dual camera set smartphone by the company. In which there is a dual camera set up at the rear which includes two 12 MP camera sensors on the back with an image stabilizer. The cooling is improved with a unique vapor chamber., which keeps the chip from heating after long gaming sessions. Also, the phone has an IP67 rating for dust and water resistance. And supports wireless charging.

And more about Razer Phone 2

The storage capacity is of 64GB of internal memory and that can be expandable to 256GB using the microSD card. Other internal features include 4G LTE, Wi-Fi 802.11ac, GPS/ A-GPS, Bluetooth v5.0, USB Type C, two front stereo speakers with Dolby Atmos, and a 3.5mm headphone jack. The Sensors on the smartphone includes a Face unlock, Fingerprint sensor at the sides, Compass/ Magnetometer, Proximity sensor, Accelerometer, Ambient light sensor, and Gyroscope. The smartphone will be available in Black. And that’s back with 64GB of storage capacity and 8GB of RAM. It comes with a 4000 mAh battery, even though it has a bigger battery you surely need to charge it at least once in a day. Because it a powerful device and it does consumes much energy.

Anyway if you are a gamer, trust me you will fall in love with these.