But just like Galaxy J2 Core, Samsung Galaxy J4 Core runs on Android 8.1 Oreo version of Android Go. Which is ok, but we hoped if it was Android Pie based. As we talk about improvements, the bigger screen, bigger battery and increase in storage are the only highlighting things we noticed.

As we talk about specification, it’s almost the same as the Galaxy J2 core. The screen size is larger comparing to Galaxy J2 Core. The Samsung Galaxy J4 Core has a 6.0 Inch HD+TFT display with a resolution of 720 x 1480. The Dimensions are 160.6 x 76.1 x 7.9mm, (177g). And yes, the battery is also bigger. The phone packs with a 3,300mAh battery. For a bigger screen, a bigger battery is a must. The phone storage also increased from 8 GB to 16GB+ MicroSD Slot (up to 512GB). The RAM is same as in Galaxy J2 Core which is 1GB RAM. For an Android Go smartphone, it’s ok. But it’s almost 2019 and 1GB RAM is not something you will see even for Android Go. The rest of the specs are almost the same as the Galaxy J2 Core. The phone comes with a 1.4GHz Quad-core processor. 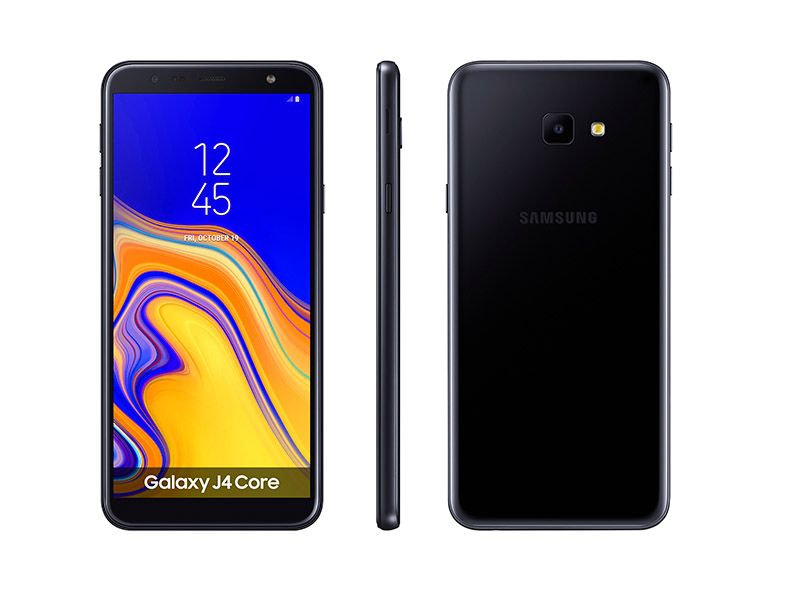 When it comes to sensors, just like the budget Samsung smartphones it only has Accelerometer & Proximity sensors. And connectivity support of Wi-Fi 802.11 b/g/n (2.4GHz), Bluetooth® v 4.2, USB 2.0. Location services include GPS, Glonass, BeiDou *BeiDou coverage may be limited.

Since there is no official pricing released and there is a rumour it will cost the same as the Galaxy J2 Core or slightly more.

Since it’s an entry-level smartphone it’s okay. Even though there are some improvements in specifications, it’s not that great. considering it’s an Android Go smartphone, its okay. 1 GB RAM is something we didn’t expect. We hope we get a good pricing for this phone.